The 2022 RIMFIRE League begins on September 12th.  To register please contact us at leaguedirector@southportmasters.org.

The WINTER CENTERFIRE LEAGUE begins in January and runs approximately 13 weeks.  It consists of one rimfire gallery and one centerfire gallery (10 rounds each of SLOW, TIMED, AND RAPID fire).

Centerfire revolvers and pistols are limited to ammo and loads listed in the "MEMBERSHIP" link.   The 2023 Centerfire League begins on January 9, 2023, with a practice/registration week.

Results from the 2022 Centerfire Pistol League are available here.

The range features automatically turned targets at the 50-foot mark.  Firing cadence is controlled by a range officer (usually a participating club member) as prescribed by the NRA rules for Conventional Pistol Competitions.  Participants score each other's targets.  Each target holds a possible 100 point score.  Very few shooters ever get a perfect score.  Handicaps are calculated for the league scores.

Leagues are funded separately by and for the benefit of the league participants.  League fees ($35.00 for members and $100.00 for non-members) include targets, awards and a banquet.

on Thursdays during the Fall and Winter season.  Competitors

shoot here and at other ranges in the region during a 26-week league.

The league fee is $5.00 per weekly match for Southport members

and $7.00 per weekly match for non-members when shooting at our

The team is looking for new shooters, especially young people, to join them.  For more information about our rifle team and leagues, please contact the Rifle Team Director at Rifleteam@southportmasters.org.

Both the Fall and Winter Leagues are concluded with an awards banquet and to share the fellowship of the club's members with each other. 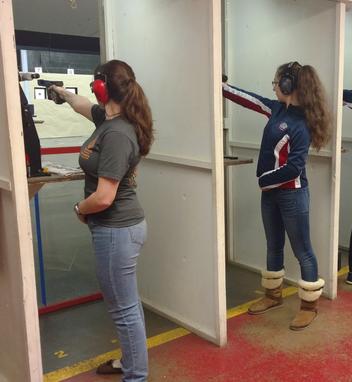 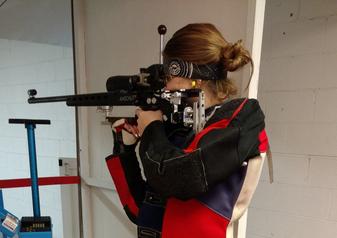