The National Rifle Association of Americais an American non-partisan, non-profit (501(c)(4)) organization which lists as its goal the protection of the Second Amendment of the United States Bill of Rights and the promotion of firearm ownership rights as well as marksmanship, firearm safety, and the protection of hunting and self-defense in the U.S.A.

The Civilian Marksmanship Program (CMP) is a national organization dedicated to training and educating U. S. citizens in responsible uses of firearms and airguns through gun safety training, marksmanship training and competitions.

USA Shooting, a 501 non-profit corporation, was chartered by the United States Olympic Committee as the National Governing Body for the sport of shooting in April 1995.

Wisconsin-FORCE(Firearms Owners, Ranges, Clubs and Educators) promotes and protects the shooting sports, hunting and the lawful ownership and use of firearms in Wisconsin.

Illinois State Rifle Associationpromotes and protects the Second Amendment as well as educate the citizens on all matters affecting the lawful use and possession of firearms, firearm safety, self-defense, competitive shooting and sport hunting.

Gun Owners of America (GOA) is a "No Compromise" gun rights organization in the United States with over 300,000 members.

The Citizens Committee for the Right to Keep and Bear Arms (CCRKBA) is dedicated to protecting your firearm rights.  Their role is to educate grass root activists, the public, legislators and the media. Founded in 1971, it now has 615,000 members.

The Second Amendment Foundation (SAF) is dedicated to promoting a better understanding of our Constitutional heritage to privately own and possess firearms.

Central Illinois Precision Shooting  (CIPS) is an association of dedicated shooters, coaches, and volunteers from Central Illinois. We are an established organization that promotes safety and training in the sport of precision shooting for junior shooters, college shooters, and their families. 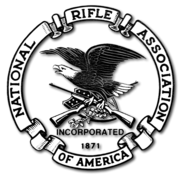