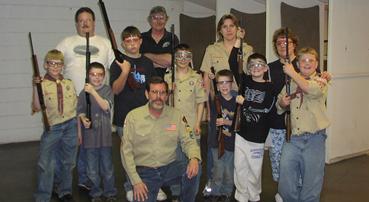 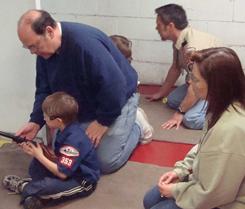 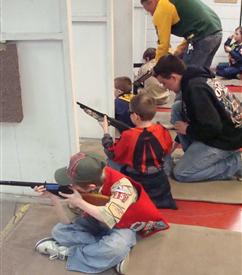 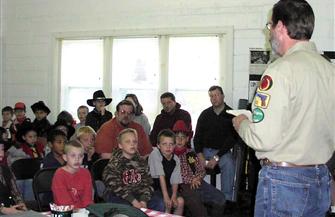 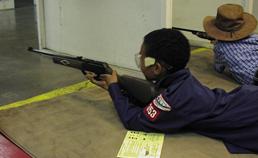 Each year Southport sponsors at least one Cub Scout Pack for Den that take the "BB Gun Challenge."  Originally sponsored by the National Shooting Sport foundation, the BB Gun Challenge has become a favorite activity for many of the local Cub Scout Packs.  The Scouts are provided basic firearms safety instruction and taught the fundamentals of rifle shooting.

The boys provide their own BB Gun rifles and the Pack typically conducts its monthly meeting with flag presentation and Pledge and awards ceremonies at the club.  Southport volunteers, with NRA Rifle Instructor Certification, conduct the event while instilling a strict safety discipline.

Each boy shoots five BBs at two official targets.  The targets are 15 feet from the firing line.  A score of 35 points is necessary on any one target to qualify for a patch that can be worn on the scout's award vest.